Devoleena Bhattacharjee Shares A Post From Her Pool Time 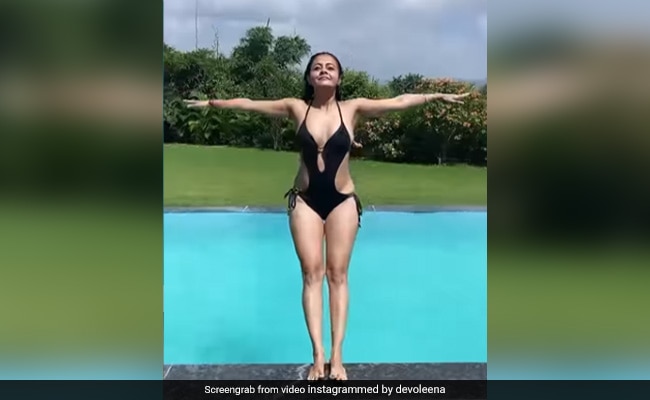 Devoleena in a still from the video. (courtesy devoleena)

TV star Devoleena Bhattacharjee has actively been sharing posts from her birthday celebrations on her Instagram profile. She decided to look back at happy days and added a video from her pool session. Dressed in black swimwear, Devoleena can be seen making the best use of her me time as she chills by the pool. “Indeed it was a fantastic beginning of a new journey with lots of strength, love, kindness and happiness,” she captioned the Instagram Reel. She thanked her friend Harshita Jajodia in her post and added, “Thanks to my reels guru for making this so beautiful. “

Devoleena Bhattacharjee, who celebrated her 36th birthday, last month, shared glimpses of how she spent her special day. Posting a pool picture, she wrote in her caption: “And yes it’s indeed a special day. Happy wala Birthday to me.”

Sharing another post from her birthday festivities, Devoleena Bhattacharjee wrote in her caption: “Happy Birthday to me… And the party beginssss… Thank you all for all the gifts and flowers and cakes.” Check out the post here:

Other than that, the actress has starred in the TV show Sawaare Sabke Sapne Preeto and web-series Sweet Lie and Lunch Stories.